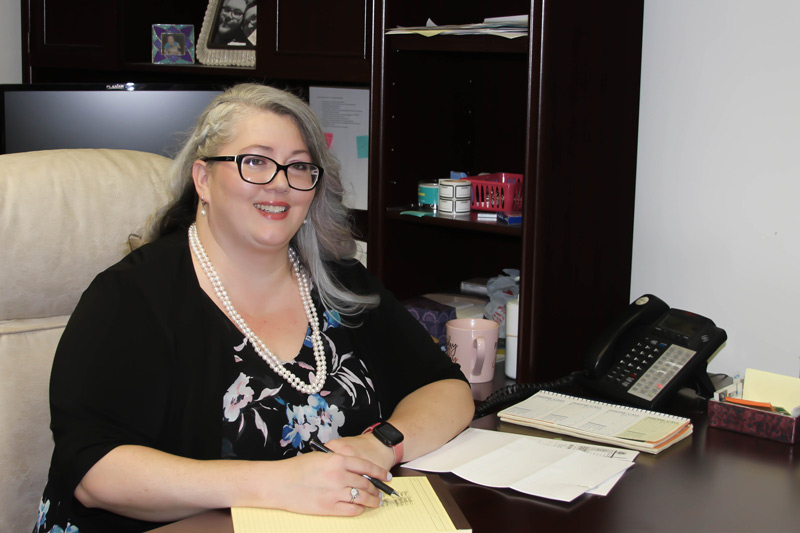 Maria Mattern was introduced to the legal field in 2008, when she began working in the garnishment section of a collection law firm. Her attention to detail and professionalism caught the eye of the supervising attorney, John W. Harker. He encouraged her to pursue a career as a paralegal and recommended the Paralegal Program at The University of Tulsa. Maria enrolled in the program and found that her interest in the legal profession grew the more she learned about the legal system and the law.

When Mr. Harker left the collection firm in 2010 to start his own practice, he brought Maria on as his paralegal. He wanted to focus his practice on immigration, an area of the law unfamiliar to her. Learning about immigration while assisting Mr. Harker with every client, Maria fell in love with immigration law. She considers it an honor and a privilege to be a part of each immigration story.

In May 2011, she completed the Paralegal Program at The University of Tulsa with honors. She worked hard for every client at the Harker Law Office, PLC. As the office manager, she handled everything from phone calls and appointments to document drafting and billing. She was Mr. Harker’s right hand person and helped him to grow his practice. In 2016, Mr. Harker was diagnosed with cancer. He fought against the cancer as hard as he could. Before he passed away, Maria’s mentor once again encouraged her to further her education with the ultimate goal of becoming an immigration attorney herself. She enrolled in classes at Oklahoma State University in Tulsa where she has received the President’s Honor Roll for each semester of attendance.

Maria often describes her work of helping immigrants as one of the most rewarding experiences of her life. After assisting in the closing of the Harker Law Office, she knew she wanted to continue working in immigration forever. Once again, her professionalism, attention to detail, and her experience caught the eye of an attorney. In January 2018, Eddie Erwin brought Maria on as his paralegal. She is excited to use her experience and hard work in helping Eddie’s clients.